So what the heck is Meerkat? (everything you need to know about the app that took SXSW by storm) 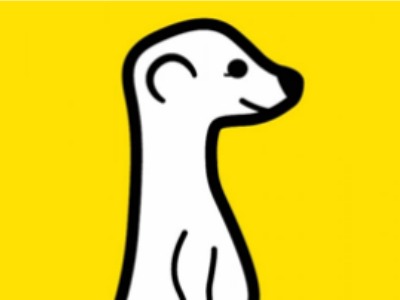 In just two weeks, the app has grown to over 120,000 users, including brands such as BBC, Mashable, and Spotify, as well as personalities such as Jimmy Fallon, Al Roker, Ashton Kutcher, and Guy Kawasaki. Streams are live, and if missed, cannot be rewatched (Although a recent statement from Meerkat CEO Ben Rubin suggested an update that would allow users to re-publish streams). Users can also save their own broadcasts to their mobile phone.

Meerkat’s timing and genius use of Twitter’s tools and “real time” culture allowed it to swiftly take over a spot that many video-streaming networks, such as Snapchat and Vine, have been aiming to fill. Live-streaming video has become a hot topic, especially thanks to the booming success of networks like Twitch and the “Story” aspect of Snapchat. A tool like Meerkat could be priceless for news outlets, celebrities, and event organizers.

A “speed bump” in Meerkat’s success occurred quickly after it’s arrival in the form of a snub from Twitter. Twitter, having recently purchased  Periscope (another live-streaming service), cut off Meerkat’s ability to use Twitter’s social graph. In short, this means that new users will no longer be automatically connected to the users they follow on Twitter. Meerkat partially resolved this issue with an update that allows users to follow other users via the web.

Will it be here to stay?

It’s hard to truly say if Meerkat is just another flashy fad or will be a new tool for marketers and brands. It’s certainly filling a void that other apps and networks haven’t quite perfected yet. Meerkat’s user-friendly interface and generation of community is definitely peaking many influencers’ interests. While many SXSW favorites fade into irrelevance, at the base of Meerkat are three successful main points that aren’t going away any time soon:

1. Convenience: Even though it was snubbed, part of the success of Meerkat was that followers were synced with Twitter. For influencers, syncing their already large followings makes it even easier to start producing content. No one likes to start from scratch. Plus, getting alerts and tweets when your favorite Twitter celeb is live streaming is key.

3. Live Content: Twitter, Vine and Snapchat are all competing to deliver moments that are happening in real time. Meerkat both compliments and surpasses these networks by delivering all of their components.

Whether Meerkat is the “next big thing” or not, we know that many apps and networks to follow will be taking their example and running. Hopefully the next app won’t step on anyone’s (ahem, Twitter’s) toes, allowing live networks to work together to create something that’s even better.