What’s black and white and red all over? The Instagram redesign 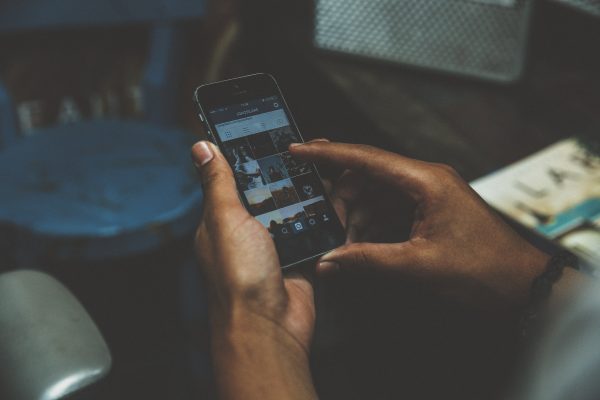 April 28, 2016: After reports emerged early this week that Instagram was testing a new layout design, I didn’t expect to experience the updated version so quickly. The redesign dropped into my unknowing updates on April 26th, and I opened the app to a slightly tweaked layout.

My first reaction – conditioned by the sudden and often jarring layout changes I’ve seen other social platforms make — was to totally reject the new layout and lament the loss of the look and feel of an app I once knew.

what is this new and foreign instagram layout pic.twitter.com/BR09uAy1lr

Yes, my first take was a bit dramatic, but I’ve since changed my mind. I actually really, really like the redesign, and I hope it stays. Of course, whenever one of our beloved platforms changes (ahem, Facebook) we all want to whine about it. This particular change, however, grew on me almost instantly because it improved the way my photos and feed were presented. For those of you who take Instagram as a serious place to share your beautiful content, this change will be welcome. 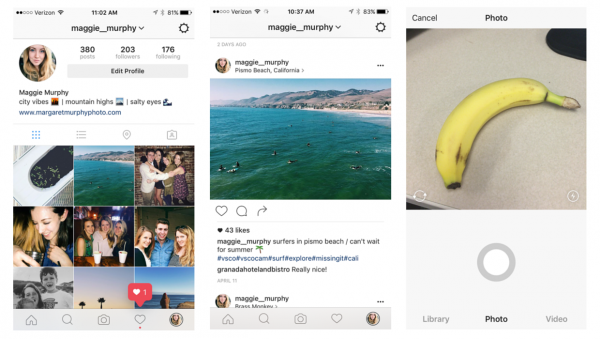 Instagram’s minimalistic redesign makes everything black and white — except for hashtags and @ tags, which remain blue. Images now really pop, especially when you choose to do a full bleed vertical or square sized image. The images, dare I say, look even bigger now that the blue bars have left the design in exchange for clean white. White space is utilized in every respect, including some new minimalized app icons. The activity icon has been simplified to just be a heart.  The classic orange notification button has been replaced with a bold red, another noticeable difference. The camera itself has even been reduced and simplifed to a minimal grey button. 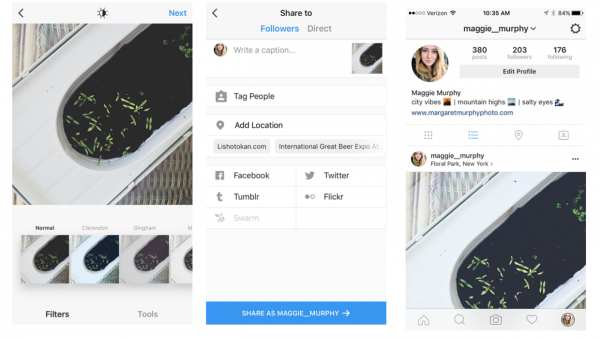 The editing feature itself has also changed to look cleaner and clearer. You can now see a thumbnail of the effect you choose much more clearly than before, especially if you have the iPhone 6 or 6Plus.

I was one of the lucky few to get a peek at the redesign before it was rolled out to the public, so you may not see these changes immediately (or ever). I’m just using this blogging platform to take back my negative tweets and give Instagram the thumbs up!

*EDITOR’S NOTE: An official update from Instagram on May 11th rolled out the new design and icon. What do you think of the update? Tweet your opinions at us @DiditMarketing! Article Name
What’s black and white and red all over? The Instagram redesign
Description
Reports are rolling in about an Instagram redesign being tested on a few accounts. We take a look at the new layout.
Author
Maggie Murphy