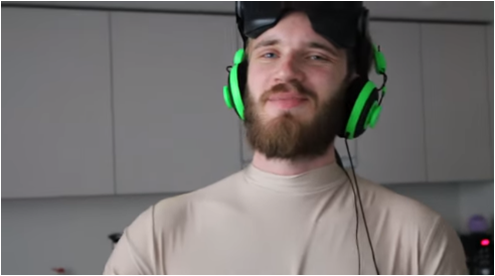 July 12, 2016: Following on the heels of its high-profile smackdown of Lord & Taylor for carrying out a corrupt social media influencer scheme, today the Federal Trade Commission announced a settlement with Warner Brothers, which allegedly deceived consumers by paying YouTube influencers thousands of dollars to promote its Middle Earth: Shadow of Mordor video game. Because no effective disclosure was made to notify the public that such “organic” endorsements were in fact paid for, it fell afoul of the FTC’s rule against deceptive advertising.

According to the FTC’s press release,

Warner Bros. paid each influencer from hundreds to tens of thousands of dollars, gave them a free advance-release version of the game, and told them how to promote it, according to the complaint. The FTC contends that Warner Bros. required the influencers to promote the game in a positive way and not to disclose any bugs or glitches they found.

While the videos were sponsored content – essentially ads for Shadow of Mordor – the FTC alleges that Warner Bros. failed to require the paid influencers to adequately disclose this fact. The FTC also alleges that Warner Bros. did not instruct the influencers to include sponsorship disclosures clearly and conspicuously in the video itself where consumers were likely to see or hear them.

Instead, according to the complaint, Warner Bros. instructed influencers to place the disclosures in the description box appearing below the video. Because Warner Bros. also required other information to be placed in that box, the vast majority of sponsorship disclosures appeared “below the fold,” visible only if consumers clicked on the “Show More” button in the description box. In addition, when influencers posted YouTube videos on Facebook or Twitter, the posting did not include the “Show More” button, making it even less likely that consumers would see the sponsorship disclosures.

The Takeaway for Marketers

The FTC has indicated that it will take a much tougher stance against such “influencer” campaigns, and will hold brands, agencies, and possibly the influencers themselves liable for cooperating in such schemes. Notably, the FTC press release called out PewDiePie, one of YouTube’s most prominent, best-compensated influencer celebrities. It is possible that doing so will put other high-profile influencers – on YouTube and elsewhere – that their activities are being more closely monitored.

Social media influencer campaigns can drive real business results, but unless there is complete disclosure and transparency in the campaign, there can be major negative PR blowback – and possible legal liability associated with such campaigns.

Both Google and the FTC have made it plain that undisclosed, deceptive social media campaigns are in their crosshairs. So if you’re contemplating running a social influencer campaign, demand that your agency – and your influencers – abide by the FTC’s prohibitions against deceptive campaigns.

Latest posts by Didit Editorial (see all)
Summary
Article Name
FTC busts Warner Brothers for deceptive social media campaign, names PewDiePie as participant
Description
Learn from this Warner Brothers case with the FTC: if you're planning on running a social media influencer campaign, you have to disclose to consumers.
Author
Steve Baldwin