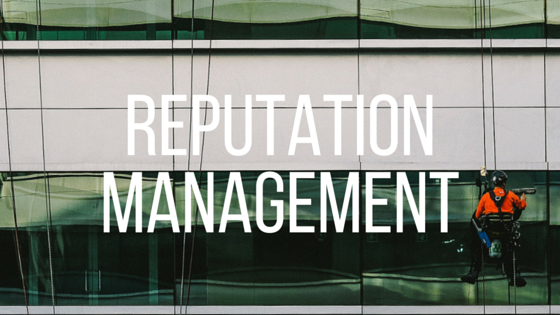 April 26, 2016: UC Davis got itself into hot water this month when it became known that it had contracted with two ORM (Online Reputation Management) agencies to repair some brand damage it suffered several years ago. The original damage occurred in November, 2011 after two of its campus policemen pepper-sprayed a group of peaceful demonstrators protesting on the campus quad. This incident was recorded and became a widely-circulated internet meme in 2011 and 2012.

Obviously, doubling the number of search results to the original pepper-spraying incident wasn’t a result that anyone at UC Davis wanted.

In mid-April, 2016, the Sacramento Bee obtained documents through the California Public Records act detailing the steps taken by UC Davis to “scrub” the internet of these brand-damaging events by contracting with two PR agencies, Nevins & Associates and ID Media Partners. The result of The Bee’s revelation was a wave of critical articles attacking UC Davis. Here are a sample of representative headlines:

— How UC Davis tried to scrub its abuse of students from the web (The Atlantic)
— UC Davis gets caught in a PR cover up (San Francisco Chronicle)
— UC Davis spends $175,000 to sanitize its online image after ugly pepper spray episode (Los Angeles Times)

With the cat now out of the bag, search interest in both UC Davis’ alleged cover-up and the original pepper-spraying incident peaked. According to The Bee, “on Wednesday, before The Bee’s report, a Google search for “UC Davis pepper spray” produced about 100,000 results. Saturday morning, the number was 267,000.”

Obviously, doubling the number of search results to the original pepper-spraying incident wasn’t a result that anyone at UC Davis wanted. As several commentators noted, it seemed to be yet another validation of the Streisand Effect – a proposition holding that any efforts to suppress information on the internet increase the chances of amplifying this same information.

Lessons for those concerned with online reputation

It’s natural for businesses and individuals to want to tamp down negative opinion on the web, beginning with search results. Although it’s next to impossible to depress negative results on Google’s SERPs, the standard approach is to add enough positive content to the web to cause the negative results to shift to the bottom of the page or to secondary pages getting less traffic.

Outside of UC Davis and the two ORM firms contracted with, it can’t be known whether these tactics were successful in the 2012-15 time frame. But once the existence of the contract became known, the success or failure of these efforts became irrelevant. In the public mind, the mere fact that UC Davis was employing firms to “scrub” or “censor” links to the pepper-spraying incident was enough to make them look untrustworthy – even guilty.

ORM efforts always entail some risk. Before you contract with an ORM firm, ask yourself these questions:

In an age of hacking and corporate espionage, even the most “secure” documents can find their way out onto the web.

1. What would the PR consequences be if the details of the ORM contract ever became public? It’s likely that UC Davis’ management didn’t realize that its contracts with ORM providers would eventually be accessible to the public through an open records law. Most businesses don’t face this kind of exposure risk, but in an age of hacking and corporate espionage, even the most “secure” documents can find their way out onto the web. If the negative PR effects of having such a relationship exposed are such that they cancel out any positive benefits of depressing certain negative mentions, ORM might not be for you.

2. Have I done everything to address the causes — not just the effects –of a misstep?
UC Davis faced a severe PR crisis in 2011 due to the pepper-spraying incident, but took many steps to remediate it at the time, including a high-profile apology, the launching of a task force concerned with investigating the incident, the disciplining of the police officers involved, and other outreach efforts. While no crisis management plan is perfect, UC Davis appears to have taken the original events seriously and taken meaningful steps to address it. It isn’t clear why its management felt an additional ORM effort was necessary, but in retrospect such a decision was a mistake.

Sometimes events are so burned into the public mind – and the memory of the web — that it’s far better — and far less risky — to simply face history than to attempt to scrub it.

3. Can I live with the past or must I change it? Even though the original incident happened more than four years ago, the subject — even before the PR blowback began — continues to dominate the web’s memory. For example, today “UC Davis Pepper Spray” is the first suggestion provided by Google Auto-Complete when a user types in “UC Davis,” hundreds of T-shirts with the pepper-spraying officer depicted are on sale at online merchant sites, and a Wikipedia page has more than 1,200 words and 99 notations. In a situation like this – where there are hundreds, even thousands of links to public events affecting the brand that can’t be suppressed, censored, or made to go away –it’s better to stay on message than to fight the messenger, which in UC Davis case can be paraphrased as “we made mistakes, we’re sorry, we’re addressing it, and we’re going to get better.”

Sometimes events are so burned into the public mind – and the memory of the web — that it’s far better — and far less risky — to simply face history than to attempt to scrub it. No person, church, university, or business is free of errors. Owning up to one’s mistakes, taking corrective actions, and pledging to do better aren’t going to make the bad links go away immediately, but over time, one’s reputation will heal.

The sad thing about this case is that UC Davis took all of these steps. If it had only left well enough alone,  and continued on this course, this whole regrettable incident would never have happened. But once it took actions that the public perceived to be “a cover-up,” and these actions were revealed, the PR nightmare truly began.