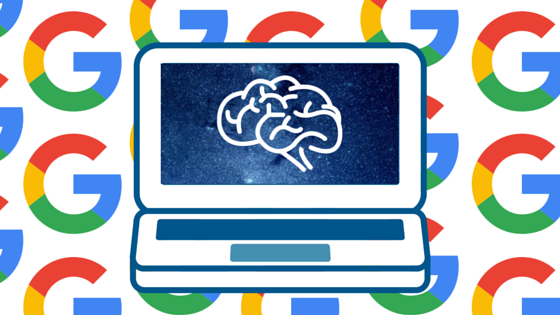 May 10, 2016: New data from our friend Eric Engine at Stone Temple Consulting quantifies some of the major changes that Google has made to the layout of its results pages in the past several months, the most noticeable and consequential being the removal of right rail paid results.

The study – which analyzed 855,000 queries – contains some eye-opening stats with important consequences for webmasters, content marketers, and SEOs. Here are the important ones:

1. Primacy of the Knowledge Vault. Even a casual survey of Google SERPs in the past few months has yielded more frequent appearances of what Google calls “Rich Answers,” – organic listings drawn from Google’s Knowledge Vault. According to Eric, “Google’s Rich Answers (AKA Direct Answers) have almost doubled in SERPs since 2015.” The growing importance of Rich Answers and entries in the knowledge vault have created a new – and perhaps intractable problem for many marketers and brands – how to get their companies listed in Wikipedia and other trusted sources without being flagged as spammers. So far, nobody’s cracked this problem (or been willing to admit they’ve cracked it).

2. Snippets Rising (and churning). Research last year by Stone Temple into the percentage of listings displaying snippets indicated about 20 percent of organic listings had them. While this percentage hasn’t changed, what’s new is an understanding of how rapidly Google churns through them. 55 percentage of the snippets listed in 2015 had a different URL listed as the target in 2016. Why is this important? Because Google’s decision about what to list in a snippet (and where it will point to) appears to be a function of how its users interact with the snippet. This means that marketers need to tailor these snippets to represent themselves accurately to their intended search audience segments. If they don’t, Google will simply drop the intended snippet and list the one its users indicate is the right one. Because snippets are so important today – especially now that organic real estate is scarcer than ever – they’ve become something of a battleground. Just this week, some airline and travel sites had their snippets removed by Google when they attempted to crowd them with multiple pieces of information. Google considers this kind of conduct as “rich snippet abuse” explicitly prohibited by its Guidelines.

How marketers should respond

Google continues to rapidly evolve its SERP, and is increasingly using its own users’ behavior to determine which rankings float to the top. The value of a top-ranked organic listing has never been higher, and Google is growing increasingly vigilant about keeping spam out of the Knowledge Graph and in keeping its snippets accurate and useful for searchers.

That being said, marketers should still pursue the following tactics, because they are so critical to gain visibility on Google’s ever-changing pages:

1. Get a presence in (but do not spam) the Knowledge Vault. The Wikipedians – that self-appointed army of editors and censors – guard their crowd-sourced directory like it was Fort Knox, but that doesn’t that brands are shut out. Most sizeable American companies have Wikipedia entries, and so do many founders. We’ve all heard stories – from reputable people and companies – who weren’t allowed into Wikipedia because they weren’t considered “important enough.” While there’s no way to defeat this kind of institutional elitism, one should still try, provided that there is no pretense about who one is or why one wants a listing (otherwise one may be accused of sockpupppetry). Beyond Wikipedia, being listed in a reputable, neutral directory or knowledge base will improve one’s chances of being included within the Knowledge Vault. Here, having an accurate listing – on Google Maps and/or other Google service through which one’s correct corporate identity can be established – is a must.

2. Use structured data. We’ve been raving about structured data at Didit for almost two years now, and you should be using it on all of your pages, posts, and other content living on the web. One advantage of using WordPress as a CMS (Content Management System) is the ease with which structured data can be applied via a choice of plug-ins. While your human readers might not appreciate the care with which you format your pages, search engines will, which makes it a no-brainer. Just remember that Google wants you use structured data to describe what’s on your page – not attempt to lure searchers into exploring it when it’s irrelevant to their query.